A few months back, I was listening to a horror podcast that was talking about upcoming movies. It was then that Hellfest flew right into my radar.

Fun going in. Hell getting out. #HellFestMovie in theaters September 28. pic.twitter.com/IRt1EaV5cP

Hellfest is a trip down Memory Lane to the slasher films of the 80s and 90s that ruled so many of our childhoods. There’s a modern spin and a sense of originality to be noted, though that sets it apart from many others that have attempted this.

The setting is one thing that catches my eye that I’ve only seen done twice before and one of those times it was satirical—an amusement park. What a wonderful place for a horror flick. In the sub-genre of slasher, this is certainly worth a second look.

Just peek at some of the forces involved and you’ll see why it’s so different; why it’s such a breath of fresh air. 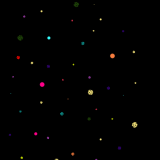 Reblogged this on The Inner Circle.